You can shop to your heart's delight, and enjoy a 30-day guarantee on everything. xoxo! 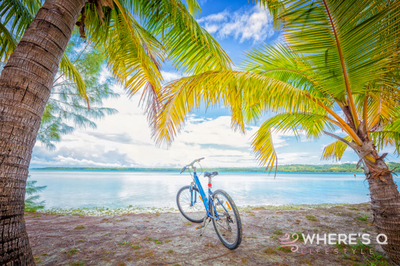 My relationship with Rino's rental bike #4 was a stormy one. In the beginning, I was impressed with #4's beautiful blue hue, fat tires, mild shock absorbers, and sweet kickstand.

Then it began to rain, and when we couldn't be an further from home, rental bike #4 derailed its chain. Two tourists on a scooter stopped to help; rental bike #4 resisted help and tried to eat my finger between its spoke and chain. There was bloodshed. The tourists apologized and drove away, but I was rescued by four burly men. They showed rental bike #4 who was boss, lifted it over their heads in the rain, clutched its chain in their giant paws, and put #4 back in its place. We made it back home without any further rebellion.

The next day I decided to give #4 another chance and embarked on a round-island trek. Ten minutes into our trip, we stopped to admire a Catholic church. When I stepped back on rental bike #4 to ride to our next location, it locked up it's chain, my ribs connected with the handlebars, and we toppled onto the church lawn. I grabbed rental bike #4 by its handlebars and sternly walked it back into town and exchanged it for rental bike #3 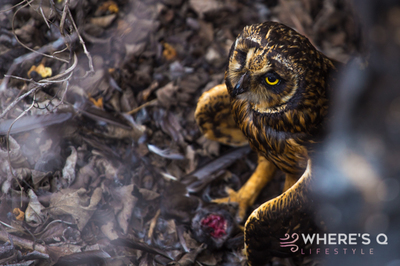 Hiking through the otherwordly terrain of the Galapagos Islands yielded many wildlife firsts for me. One of them was a one-eyed owl the naturalists had named Morgan. We found Morgan in a cliffside crevice quietly enjoying his freshly caught prey. Once again, I learned a lesson from wildlife = God doesn't give you any challenge you can't handle. And also that all owls should be named Morgan. 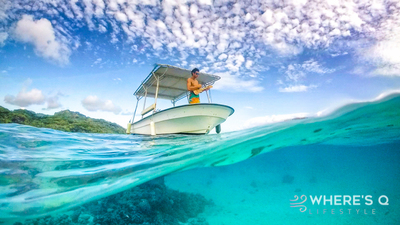 There I was, minding my business under the waves of a South Pacific lagoon, listening to the happy sounds of fish munching on coral. But wait, what was that sound? Was I hearing a...ukelele? My GoPro and I peeked through the surface to a sweet surprise serenade. 💙🌊🌴☀️

Learning from a Tortoise 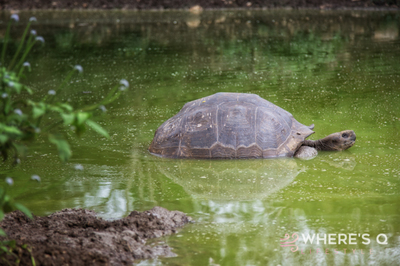 I can learn a lot from a tortoise. It took this guy a looong time to swim across the pond. And he looked a bit uncomfortable in-transit. Ducks zoomed past him, fat raindrops plinked against his shell...who knew when he might reach his destination? But he finally did. And everything was fine on the other side. 💛

Into the Carolina Mist 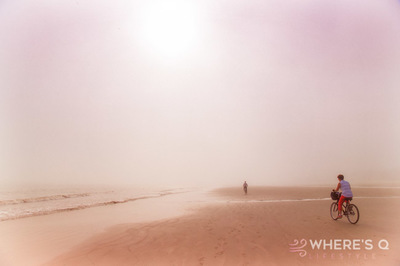 While the bold, blue Atlantic remained cloaked in a humid curtain of sea fog, we were treated to this vision instead. This wide, warm swath of beach with people on sandy-tired bicycles, appearing and disappearing into a voluptuous sea mist, smiling like it's all they've ever done.

All is Right in the World 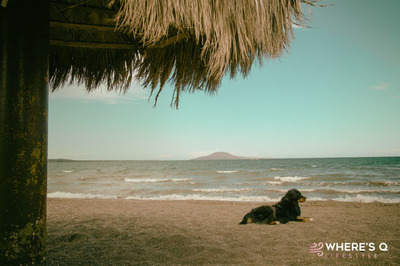 After the fishing wraps for the day, the boats return to harbor, and the fishermen go home to their families, the waterfront of Loreto becomes peaceful, quiet, serene. During the serene hours, I encountered a dog resting in the sand, his eyes cast out to sea. Was he whale-watching? Was he waiting for his person to come home? Was he just transfixed by the waves the way we humans are? Whatever he was doing staring across the Sea of Cortez, his presence there on that peaceful, quiet, serene beach made me feel, at that moment, like all was right with the world.💛

I'm from Minnesota, land of 10,000 lakes and walking 20 miles in a blizzard (each way) to school. For half the year, Minnesota is a frozen, snow-buried tundra. And by the time you acclimate to the summer heat, the snow begins to fall again.

So traveling to Baja at the tail of summer nearly caused me to melt from the inside out. I strolled the streets of La Paz, taking photos, and stopping every few seconds in any sliver of shade I spotted. But there was an upside to not being able to handle the intense heat of a La Paz afternoon; it forced me to slow down...like really slow down.

And when I was basically at the point where my feet were only shuffling across the cobblestones, I started to notice the details, the simple things.

Like these beautiful cactus plants lining the streets, with tiny blossoms that looked just like...PINEAPPLES!